The AIW Academy is a professional wrestling training school located just outside of Cleveland, Ohio which offers training year round for all skill levels to those who are 18 years of age or older. The AIW Academy class structure is based on a curriculum developed by current WWE NXT Superstars Johnny Gargano and Candice LeRae who ran the Academy up until they were signed by World Wrestling Entertainment. Graduates from the AIW Academy have gone on to be featured in AEW, NXT, MLW, Impact, Ring Of Honor, and several independent promotions throughout the world.

Email aiw@aiwrestling.com for details or to sign up today! 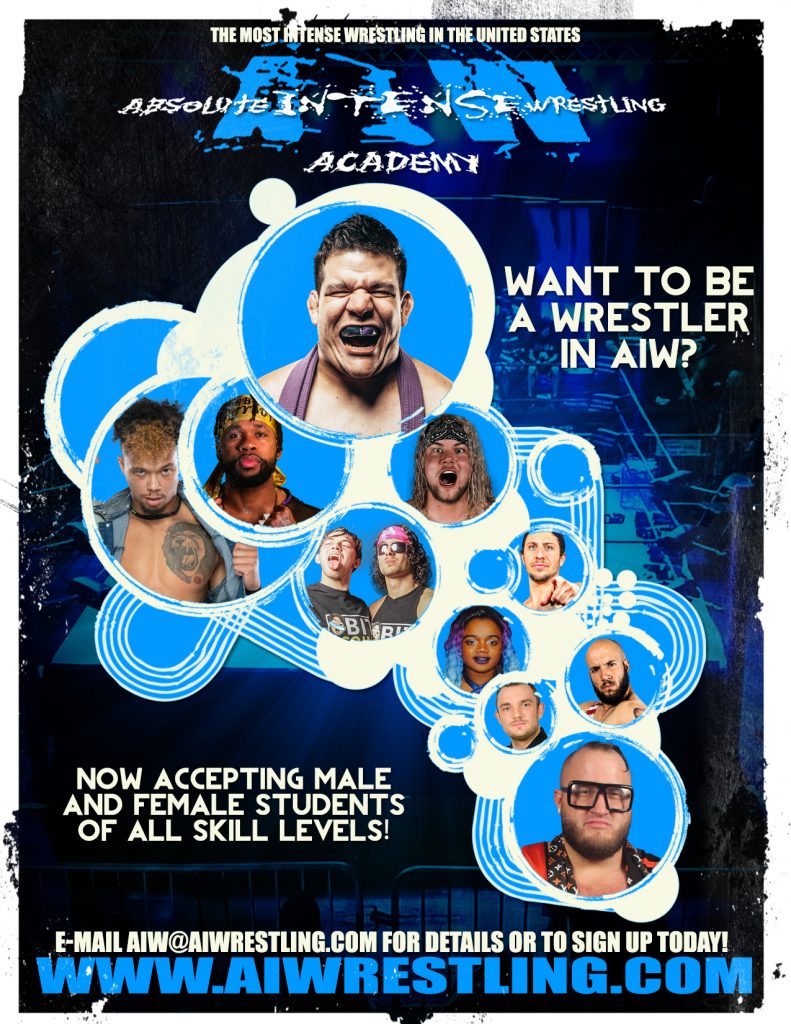